The Smart Parent’s Guide to Preparing for College With college being one of the most rapidly-increasing expenses in modern America, it can be pretty daunting to look at the financial planning needed. Even affluent families have plenty of preparation to do before the kids go off to college. The pressures may be less acute but you’ll still need to plan carefully when preparing a budget for college. Let’s take a quick look at some of the core budgeting principles for you to keep in mind while you draw up a plan.

The starting point is, of course, knowing what resources you have to offer. How much do you have on hand, and how much will be coming in over the years your child is in college? How much needs to be earmarked for other things in your own life, like investments, or put aside for other big expenditures like another child leaving for college? As always, a realistic appreciation of your financial resources it the central starting point. It is also important to remember that even if you are well off, there could be a variety of scholarships or grants available. It’s unlikely these will cover the whole cost of college, but they are definitely worth researching.

Know What it Costs

The major costs of tuition and rental will be well signposted and easy to figure out. However, it is important to keep in mind that these costs could be larger than expected if, for whatever reason, your child needs to stay in college for longer. There is also the possibility of a semester or year abroad, which many students find highly valuable, but will generally incur additional costs. If possible, keep this in mind and budget for it, as the benefits are significant both academically and personally.

Young students have the dubious luxury of going to college without much in the way of a career. As they are supposed to be dedicating their efforts to their studies (however optimistic a hope that might be) they will have relatively little time for a job. Indeed, many colleges place an upper limit on the number of hours per week that students may work. Consequently, when you are preparing a budget for college it is important to take the daily living costs into account. Remember also the lesser, but still notable, costs of things such as new computers or laptops and the expense of buying books.

Now that you have the expected major and minor costs, and are aware of your own expected income, it’s time for the budget itself. One important factor is to be aware of when payments such as tuition and rent must be made, and what payment plans there might be for them. Obviously if loans are at all involved, the same very much holds true with those. Plan your overall budget by these payment dates, and plan a smaller-scale budget for your child’s daily life, probably on a weekly basis. As this is very probably the first time they’ve had to stick to a budget like this, it’s probable they’ll have difficulty at first, so you may prefer to send money in smaller regular amounts. This is something you and your child will have to discuss, and which they will have to learn to stick to.

The real key to preparing a budget for college is just that: preparing. Research and planning coupled with realistic expectations are the real factors that make a difference between success and failure in financial terms. 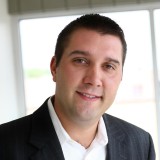 Ryan Sheppard is a financial planner and co-founder of Capstone Wealth Partners, an independent Registered Investment Adviser based in Columbus, Ohio. He has a degree in Economics from Ohio State and has earned the ChFC® (Chartered Financial Consultant) designation for advanced knowledge in financial planning. Ryan has 10+ years of direct client experience, and serves as the firm's COO.

3 Tips for Investing Wisely in a 529 Plan

Student loans are scary: How much can you afford?

We use cookies to improve your experience and analyze user behavior. By continuing to use this site, you consent to our use of cookies.